Dr. Vanessa Carl is a veterinarian in Victoria. 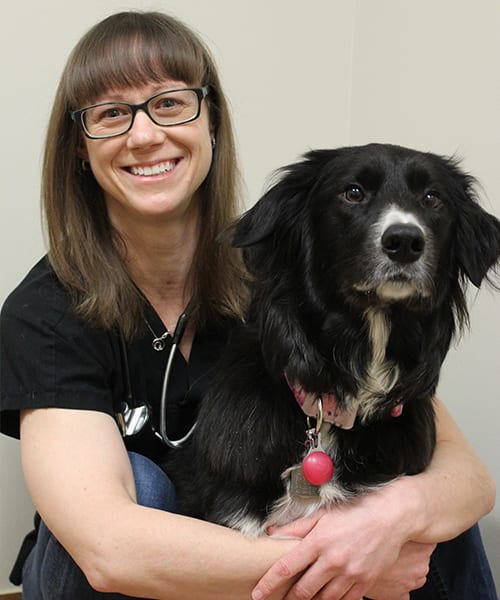 Dr. Vanessa Carl (B.Sc, DVM) obtained her Bachelor of Science degree in Biology with honours with distinction from the University of Victoria in 2003. She then went on to achieve her Doctor of Veterinary Medicine degree with distinction from the Western College of Veterinary Medicine in Saskatoon in 2007. Dr. Carl began work as a general small animal practitioner in Calgary, Alberta, also spending some of her time working in an emergency hospital. In 2021, the ocean and warmer weather brought her back to Victoria, BC and Dr. Carl joined Downtown Veterinary Clinic. Dr. Carl has a well-fed bratty cat named Tigger, who tells everyone that he clearly deserves more food. She also has a Border Collie cross named Alice, who charms all the staff at the clinic with her antics. In her time off, she enjoys practicing ashtanga yoga, doing anything "Maui", and soaking up the sun at every opportunity.

Caring for Pets in Victoria